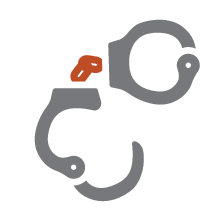 The labor movement is nothing but the sum of its many parts—millions of working Americans who’ve entrusted union leaders to spend a portion of their hard earned salary for the benefit of the collective good. Financially speaking, the sum of the movement’s parts totals more than $10 billion dollars annually in mandatory dues and controls another $400 billion in financial assets in strike funds, pension plans, and health care benefits.

In fact, in just the last five years, hundreds (maybe thousands) of labor leaders at all levels of the movement have been convicted of embezzlement, corruption, racketeering, or engaging in organized crime. The problem is rampant, getting worse, and yet the unions seemingly refuse to address it.