Use of Dues for Politics 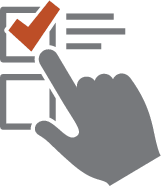 Every day, millions of union members have money taken from their paychecks to support some union presidents’ political agenda. In 1996, Rutgers economics professor Leo Troy estimated that union political expenditures totaled about $500 million in each election cycle. More recently, the National Institute for Labor Relations Research estimated that total union political expenditures reached $925 million in the 2004 cycle. Over time, this has added up: According to The Center for Responsive Politics, eight of the top ten all-time political contributors are labor unions.

Labor leaders have made the use of employee money for political causes a popular practice — but it’s far less popular among the public and the members themselves.

Use of Member Money for Politics is Unpopular and Misunderstood

Do Teachers Have a Lot to Learn?

For more information about the political donations of a specific union, click here.