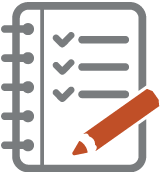 When union bosses try to gain new union members and begin collecting their dues, they make a pitch to employees. But they usually only tell half of the story. Before signing anything or voting, employees should consider these points: