What is the Railway Labor Act? 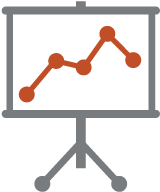 The Railway Labor Act (RLA) is federal labor legislation that applies to rail companies and airlines. Most other private-sector unions are under the jurisdiction of the National Labor Relations Act (NLRA). The RLA was designed to discourage labor strikes and lockouts in the transportation sector, which could cripple the nation’s economy. One railyard or switching station strike could halt the flow of commerce for an entire region.  These concerns led Congress to pass a distinct set of labor rules just for interstate carriers that would encourage mediation and arbitration in order to settle labor disputes without disrupting interstate commerce.

In 1934, the RLA was amended to guarantee the right of workers to unionize. These rights were balanced with the risk of interrupting interstate commerce. The RLA has several defining characteristics:

The original intent of the RLA was to balance the rights of employees to unionize and collectively bargain with ensuring that the nation’s interstate travel would not be interrupted by strikes or lockouts in the event of labor disputes. Although the RLA still encourages arbitration and mediation, a union that does not have the consent of the majority cannot properly represent the employees. A major disruption in the rail or airline industries could have devastating effects on the U.S. economy.